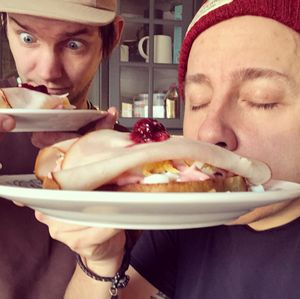 I have appeared on a podcast.

Or more accurately, a simulacrum, an impression, a version of myself has appeared on a pod. In short, I have been impersonated on a podcast.

Podcasts in Sweden have a reputation for getting into hot water. There was the famous Kringlan incident which was the downfall of one of Sweden's most popular podcasts, Alla Mina Kamrater. More recently, Janne Westerlund threatened to sue AMK morgon for defamation. So with that in mind and to make sure this never happens again, I am planning to sue!

I should add. I'm not doing this for me, but for the good people of Cheddar and their famous cheese! I should also add that I haven't really thought the practicalities of the lawsuit through. But nonetheless, Albin Olsson! It's time to get lawyered up! You're going to court!

In the latest episode of 80 Väldigt Goda Mackor (80 Really Delicious Sandwiches) presented by Albin Olsson and David Sundin, Albin does me, yours truly, Ben Kersley.  Give it a listen here (It should start in the right place but otherwise, skip to 2 minutes in) . I will concede that Albin's impression of me is good, and yes, funny. But I will still defend the honour of Cheddar cheese!

The premise of the show is that over eighty weeks they work through a cookbook by the (now mildly disgraced) family favourite TV presenter Lasse Kronér, in which he reveals how to make and enjoy..... you guessed it... 80 really nice sandwiches.

There is a backstory to my cheesy beef with Albin:  Last year when Albin was performing at LKPG HA HA!  and he ordered a bacon and cheddar burger. His misinformed way of saying Cheddar was too much to bear, so in a helpful, pedagogical and yes, perhaps a little patronising way, I helped him out and told him how it should be pronounced. I may have also made a point of talking about it onstage. I may have been on the hunt for cheap laughs from my home crowd to hammer home my point. But there is no excuse for the mispronunciation of one of the world's best known, and dare I say it, most delicious of cheeses.

Inevitably, the subject of cheese comes up now and again in their sandwich-based podcast and in episode 56, Albin mentions that most English of cheeses, Cheddar. My words on the subject obviously still haunt him which I will take as an intellectual and emotional triumph. I know it. He knows it .. but despite him knowing that I am right, he is still hiding behind his so called 'opinion' about his so called 'right' to pronounce Cheddar and which way he pleases. I pity the poor fool.

I have, after all, been to Cheddar and eaten their cheese. I think I know how to say it. Besides, what could be more English than a nice slice of the pride of Somerset on a little Jacob's Cream Cracker and perhaps with a little bit of Branstons Pickle. (Mouths watering!) I've been eating this stuff since I was a babe in arms!

The least he could do is learn how to pronounce the name of the cheese properly. But no, for Albin Olsson he feels the need to butcher the simple poetry of those seven letters, C H E D D A R. Turning them into something wholly unrecognisable and making the name of the first cheese that, along with Red Leicester and Wensleydale, most English kids learn. It's a cheese close to the heart of any true Englishman and the staple of any packed lunch worth its salt. Albin takes a thing of beauty and life giving nutrition and makes it sound like fingers scraping down a blackboard.

For some reason, he thinks it is pronounced similarly to the sound of a camel clearing its throat then choking on whatever it happens to be chewing at the time.

There are few things that I feel the need to stand up for in this life, few fights that I am prepared to take, but the pronunciation of one of the staples of my diet is one of them. I feel for you Cheddar. I like your Gorge and I love your cheese! And I have visited you and snaffled your free samples in your tourist shops on many occasions. So I am ready, if you are ready. Let's tale Olsson out! We can do this!

My advice to Albin is to get this one out of the way and concede he is wrong, It may seem I am being tough about this, but I am worried that one day he will come head to head with the people of Gouda, Gruyère or Camembert.

And the Dutch, Swiss and French won't be nearly as forgiving. 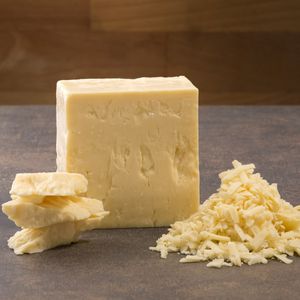