Translating for the dead? 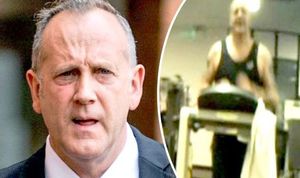 Apparently, according to a my social media feed, Tim Abbott, a medium from England is coming to Linköping to perform a seance. He promises to contact spirits from the other side. Speak to the dead, as it were.

In the event description which you can read here, they say that there will be a translator at the event. This raises various questions...

Presumably the translator is there to translate between the living, paying audience and Tim Abott, the medium. Fine. But therefore, one can only assume, Tim Abbott doesn't speak Swedish. Which raises further questions... What language does he speak when communicating with the spirits of the Swedish dead?

Either he does so in Swedish, in which case, why does he need a translator to speak to the living?

Alternatively, the dead of Linköping have all learnt English in the afterlife. There is of course the possibility that amongst the spirits, there is a deceased translator who does a bit of translating on the (other) side.

Anyway, Tim Abbott seems like a thoroughly nice person and not in the least bit like a travelling charlatan. Even if he did spend eight months in prison, when, along with his wife, he was found guilty of fraud.