I died twice. Once in a baseball cap and once in a wig. 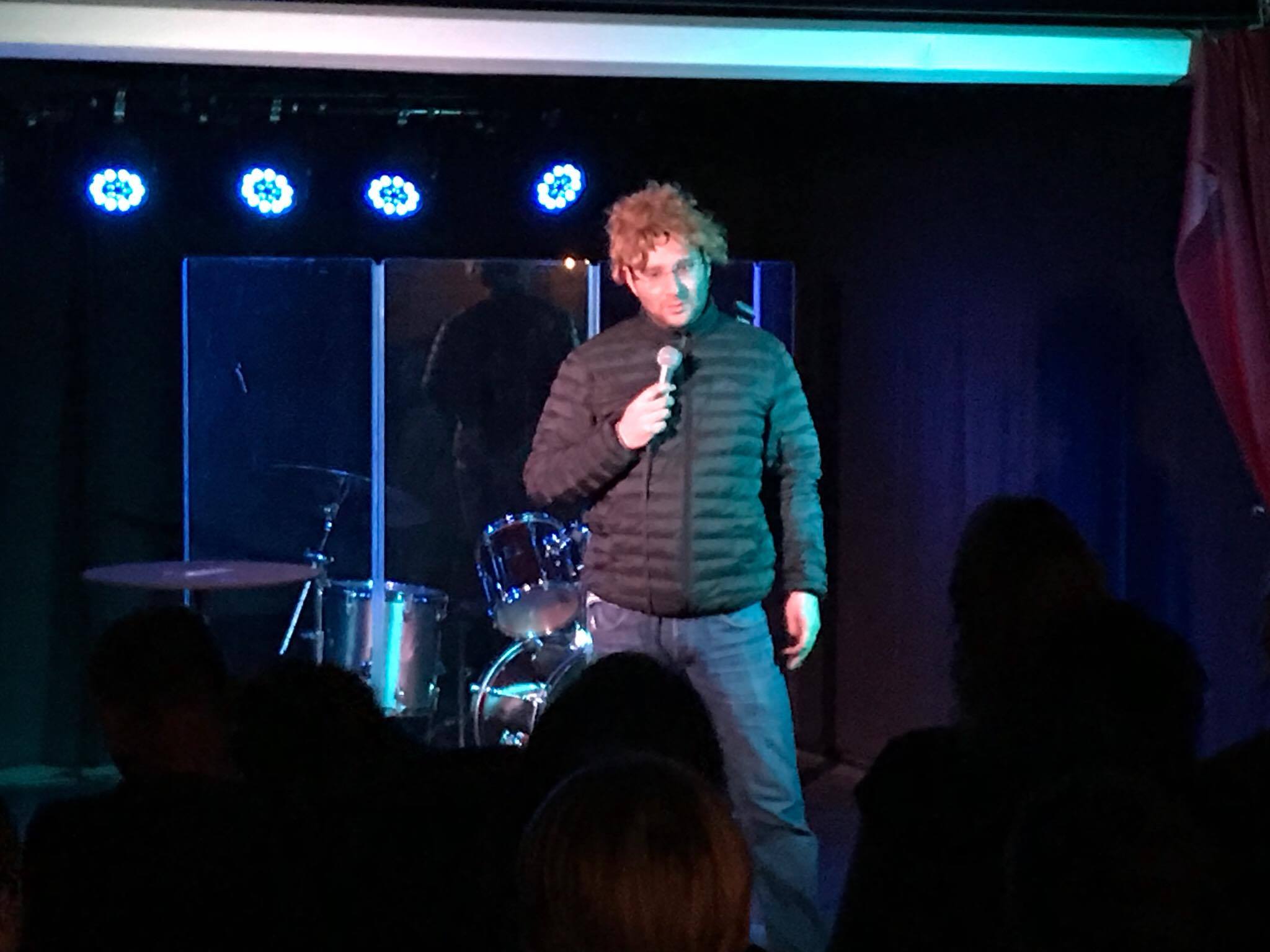 I died twice last night. Once in a baseball cap and once in a wig.

For the last six months or so, there’s been an open mic stand up night in town called Beta Comedy. It's getting bigger and bigger and that makes me happy.

What doesn’t make me happy is that it’s too early in the evening and usually clashes with parental commitments like quickly feeding children, so that you can chuck them in the car and to take them to a windowless and chairless, Soviet style sports hall in the middle of some anonymous suburb of Linköping to hit white plastic balls into a net with other like-minded kids, while making awkward conversation with their parents about a sport you don’t understand and at best you can feign interest in. Yes it clashes with my son's innebandy training.

I’ve been itching to try out a couple of things which I’ve been playing around with in my head for a while so this week I had a plan.

While kiddo was playing the pseudo-sport of innebandy, I sat down in the carpark with my notebook, a wig and a baseball cap. After an hour’s worth of intensive staring at a blank notebook, I bundled my sweaty son and heir into the car, then drove at full speed into town. There, I pointed my kid in the right direction and wished him luck with the walk home. I ran down to Dahlian just in time to be the next to last act. I told them to introduce me twice, first as Burt Wankstein, from New York City (Baseball cap), then as Stewart Baxter from England (wig) - I should say now that the second character, Stewart Baxter, although based on the football coach Stuart Baxter, was not intended to have any similarities to said football coach Stuart Baxter. This should be obvious by the name Stewart, rather than Stuart. Luckily, my poor writing and acting skills meant there was no resemblance whatsoever.

A quick note about the creative process. There are two stages:

It's even possible to skip stage one. Which is more or less what I did last night. In fact, last night, the creative process mainly involved grabbing a baseball cap and a wig and turning up just in time.

So, how did it go? Well… not great … But it could have been worse. The first character Burt Wankstein (with baseball cap) is an American, just off the boat in Sweden. Just needed to get that out of my system.

The second one, was an equally mixed bag of one or two big laughs, some titters and plenty of silent confusion. That said, I’ve got a better idea of what I want to do with the character next. And I do think that the character has got legs… In my head at least. Just need to write some jokes

I’ll be back with the wig, but probably not the baseball cap at the next open mic night in a couple of weeks. You have been warned!