What Mr Cool-gate means for Linköping 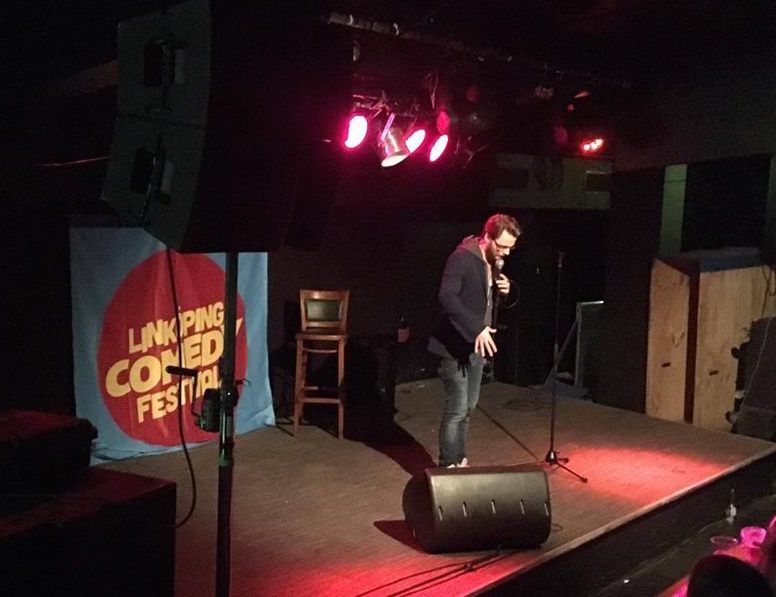 I wanted to write a few words about Mr Cool-gate and what it means for Linköping. Within the context of Linköping's desire to be the third biggest event city in Sweden, I think it may be significant. I know that sounds outrageous, but it's true. Linköping really does have a goal to compete with Malmö or Gothenburg as an event destination.

First of all, for those who have missed it, a little bit about Mr. Cool.

Mr. Cool is a fictional character performed by a comedian and rap artist called Anton Magnusson. He parodies rap culture and even more so, Swedish masculinity. It’s offensive, sexist, violent, shocking and that’s the point. The white vest, an item of clothing that in England is known as a ‘wife-beater’, should be enough of a clue.

Three years ago he released a track that set out to be the most offensive it could be. That’s the process - Take a taboo subject, the most taboo subject you can think of, and see how far you can take it. And they succeeded. The content is extreme, but so extreme that the profanity becomes absurd and it is clearly a parody.

I won’t go too deeply into the historical context of this kind of music, although I’d be happy to explain it in the context of 'The Aristocrats', Bakhtin’s ‘Rabelais and His World’ where degeneration leads to regeneration, carnival, tricksters, the Yippies, and what Howard Jacobson described as comedy’s role not as letting off steam, but as lancing the pustulant boil of society.

Mr Cool is an artist and as likely to be doing the things in the song as an actor playing King Lear would be to gouge out his own daughter’s eyes, or the makers of The Human Centipede to get out the sewing kit. The same goes for the people watching or listening.

The track is offensive, shocking, violent and aims to provoke. If you want to listen to it for yourself you can do so by clicking on the link below. But be warned - to listen to it, you need to click that link, followed by a link to say that you understand that it has offensive content, then click play.

If you don’t want to be offended, don’t click the first, second or third link. You are your own person. Make your own decision. You have been warned.

Three years later, in 2018, a rabid internet mob have got hold of the lyrics. Spurred on by a discredited, charlatan evangelical Christian who himself has been exposed as an actual exploiter of actual children.

Mouths are frothing, pitchforks have been raised and the flaming torches are crackling. Our moral fibre is under attack and the white picket fences are not high enough to protect our women and children and the pure of heart.

Mr Cool is a provocateur and the mob have been provoked.

The result of course is that more people have listened to the song in the last week than in the last three years, Mr Cool has become a household name and he has got more exposure that even the best PR agent could have dreamt of. Well done, mob.

Personally, I’m glad that more people have heard it, not for the content, but as a reminder that it is dictators and theocracies that ban things. It is fascists that burn books.

On the other hand, the drooling mob, knuckles scraping along the tarmac are desperate to show their moral righteousness. If we can’t have the man, we will tear apart the venues where he is performing!  Mobs do what mobs do - They email, tweet, phone, howl at the moon. They threaten violence, make bomb threats, harass friends and families of anyone related to Mr Cool. They even laid into an even older song called 'Mister Cool' by a completely unrelated band. But anything is justified when the mob have got their blood boiling.

In Linköping, Anton was booked to play at L’Orient, as part of a tour called Funny Fuck Up. The show would probably have sold around 100 tickets and passed without comment. Instead ticket sales shot up, then the mobs eyes turned bloodshot and the gig was cancelled.

The official line from the owner of the venue is that, as soon as he found out about the content of the song in question he cancelled on moral grounds. Fair enough.. Apart from the fact that Anton was last at L’Orient six months ago with a show called Vesslan och Benne.

Was it morally acceptable for him to perform in 2017? How flexible is the moral compass? Does the moral compass only react when the mob is angry? I’ve seen acts at L’Orient, both musical and comedy in all genres that cover subjects that are shocking, scatological, sexual, violent, provocative, and against the law. Had the moral compass lost its way on those occasions?

Would it be better to just be honest and admit that the staff and its owner are all lying prostrate under the threat of boycott and violence from a mob that probably never set foot in the venue?

Or perhaps it is a moral thing.

In which case, let’s have consistency and insist that every artist who wants to perform at L’Orient must submit a full text of everything that will be said or sung!  And let’s not leave it to the morals of one person. We should create a moral police. The only dilemma now is do we follow the Iranian model or the Saudi one?

And should we act retrospectively? Anton and Simon Gärdenfors who is also caught up in this storm have performed in Linköping at least five times since this song was released. At L’Orient, at The Crypt, at Frimis. Corren wrote a glowing review, Anton’s performance at the comedy festival was supported financially by Visit Linköping. We should all be shocked and disgusted! Everyone who bought a ticket, everyone who laughed and everyone who left the gig entertained but unaffected by the performance. We are all complicit! We are all enablers!

What worries me most is that since The Crypt stopped being a viable venue for live events,  L’Orient is the last independent, medium sized venue in Linköping. The two production companies that put on comedy shows there are Under Produktion, based in Malmö and Ståuppklubben in Gothenburg. Under Produktion are now unlikely to put shows on there in the future and while I can’t say for certain, Ståuppklubben will be hesitant. With no alternative, they will skip Linköping.

So there we have it. All we are left with is what the goons at Linköping Kommun decide they want to spoonfeed us. The ones who banned Kartellen one month and booked up Dani M the next. It’s all too risky for them, they can’t get it right and they certainly can’t work with budgets.

So Linköping as a creative city? No more grassroots, no more independent work, no more cutting edge or controversial work… which basically leaves us with New Circus in Storatorget. Nothing wrong with New Circus, of course. Everyone loves the sight of a woman hanging upside down from a rope. Just ask Mr. Cool.