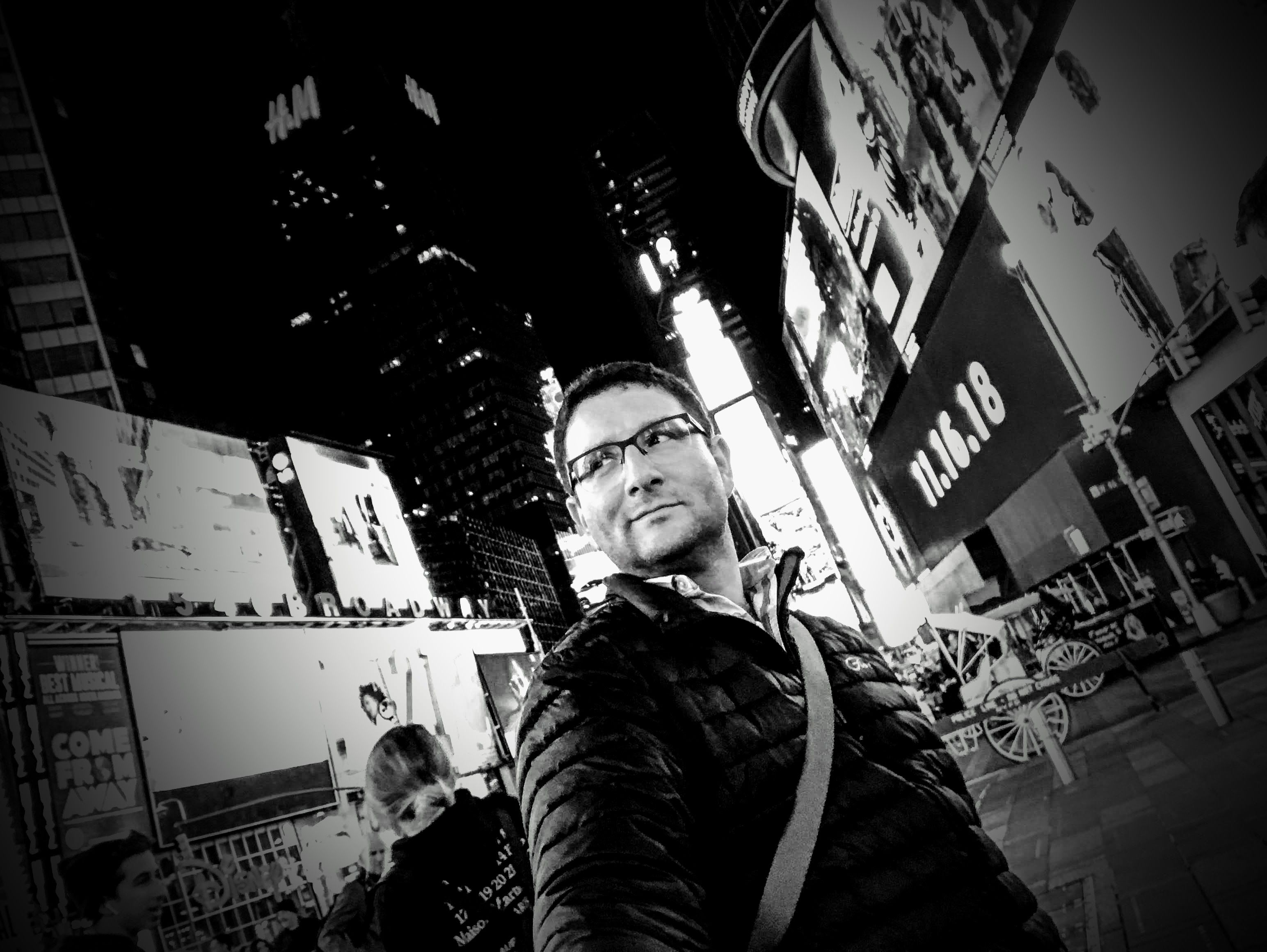 Like most years, when you sit back during those strange, long-weekend-like days between Xmas and New Year, it’s hard to remember what was what. Was that a real memory or a good intention that never materialised? Did that happen this year or the year before? Or did it happen at all? Perhaps, I'm just getting old.

So here is my attempt to go through some of the things that I’ve done during 2018. What I’ve achieved, or almost achieved; and probably failed at too. Although in this age of online self congratulation, who wants to know about that unless there's a 'How I overcame adversity' tie-in

Read on! Enjoy! This is mainly about my professional life so please assume that I’ve done my best to be an adequate/inadequate/wonderful/terrible/present/absent husband and father at the same time.

The year started, as any year should, with pitches.

Pitching is one of those great words that sound as though you are casually tossing a flippant suggestion to another player on the same team.
‘Hey buddy! How do you fancy trying out this crazy idea?’.
In reality, the balance of power in these situations is very different. You are going in with a concept that you believe in, and you have to convince the other party that this idea fits their criteria. What their criteria are is never 100% obvious. It may be: 'You can make loads of money from this!’ or it may equally be: ‘This fits perfectly with the core values of your organisation’. Or most likely a combination of both as well as a thousand other things that neither you nor they are able to define. Either way, the 'pitcher' generally has a lot more to gain than the 'pitchee' - You play it cool, but the difference between a thumbs up and a thumbs down is the difference between the next three to six months being paid and busy or going back to the drawing board with nothing.

Looking back, I’ve had six or seven pitches over 2018. Two or three for television, a couple for film funding and one, just at the end of the year for a live event next year. Let’s ignore the last one for now until next year when I either get a thumbs up, a 'Get Out Of Here!', or most likely, a Swedish style mumble-mumble of indecision and procrastination that is neither a yes or a no.

Back to the pitches of 2018! At the beginning of January, Al Pitcher and I pitched an idea to Art & Bob for a sitcom. Skipping through the year, this initial pitch at the beginning of the year has taken us to writing and filming a pilot in February, to getting commissioned to write a couple of pilot episodes. Then taking it to 'The Big Table'  - describing the idea to the bigwigs of SVT in an anonymous room on an anonymous floor of the anonymous building that is TV-Huset. Experiencing the joy of getting a 'Yes!', followed by the realisation of having to write eight episodes and coming up with eight funny storylines. Then scripting, rewriting, casting, cutting, rewriting, cutting, rewriting .. And as the year draws to an end, looking forward to filming them in February and March.

Yes. It is very exciting.

The other pitches this year were also for projects with Al Pitcher. In January, to try and get money from the Swedish Film Institute (Lots Of Money) and The Norrköpings Film Fund (Not much Money). One of these was successful (The one for Not Much Money). Later in the year we applied to Film i Öst, once in March and once in November. Both unsuccessful as the film didn’t really fit their rather contradictory agenda. I was told that the footage that we submitted suggested that our film was (quote) “Like the kind of thing that you might see on Netflix”, i.e. interesting, entertaining and watchable, and was therefore not the kind of film Film i Öst should be funding. Logically, from this critique, we can only assume that they are hoping for more films from the region that are uninteresting, unentertaining and unwatchable.

We also got some distance with pitching to Comedy Central (who subsequently went bust) as well as making ground on an idea with The Nobel Academy - who subsequently decided to lie low after the Swedish Academy scandal. That’s the way it crumbles, cookiewise.

After filming a pilot in the summer of 2017 and thanks, in part, to the ‘Not Much Money’ from Norrköpings Film Fund, we headed northwards to find our story. Al, Gustav Skogens and I (plus interchangeably, Sara and Rickard on sound)  piled into the top of the range Tiguan that had kindly been lent to us by Volkswagen and set the autopilot first to Edsbyn where we saw giant chairs, bandy sticks and skis. Met some Bandy fanatics and saw the world’s most hated public art in Bollnäs main square.

Then in the summer we went even further north to Ånäset to slice some Västerbottens Ost, to Skellefteå to watch Sweden beat Mexico and meet Big Steve from England, then further into the wilds to meet the mythical wild man Thorbjörn of Svansele. Then back south via Sweden’s belly button, Stöde.

After filming we changed the title from ‘Al Pitcher’s Monumental Tour Of Sweden’ to ‘Al Pitcher’s Big In Sweden’ and the adventure that had taken us to the Norrbotten village of Svansele (population: 68) took us to The Big Apple, New York City (Population: Many more than 68).

We showed a work in progress version of the film at NIFF, The Nordic International Film Festival, with a surprisingly good response from the audience. We mooched and schmoozed with other moochers and schmoozers and I ended up being The Voice Of God at the NIFF award ceremony.  I *heart* New York!

As I write, the film is still being edited, but it’s looking good and hopefully will get closer to completion during the first part of the year.   Aiming for premieres in Svansele, Norrköping and New York.

Closer to home, it’s been a bit of a disappointing year for stand up in Linköping. 2018 was the tenth anniversary of LKPG HA HA! and as the situation for live venues becomes increasingly ridiculous in Linköping, I decided not to do anything special to commemorate this. I did the Linköping Comedy Festival again, but with only a single venue that took 90 people, I didn’t book any huge names. So, from selling over 1000 tickets in 2017, the festival sold a few hundred. It was still good fun, but it kind of made me realise that Linköping just isn’t the place for independent productions. I’ve written a couple of blogs about how crap it all is. Result from the people who should care: Silence. So sod 'em.

Other stand up stuff that has been fun has been performing in New York and pissing off the guy who ran the venue. Also doing the Kom i Form Tour with Henrik Källman which took us to some weird and wonderful places like a kräftskiva in Dalarna and a pensioner’s social group in Eksjö. I think we’ll do more of the same next year, so if you have a weird and wonderful place where there's never been any stand up before, get in touch!

There’s also been some fun stand up nights in Norrköping and Söderköping. Not millions, but a few pretty good company gigs most notably one for Bixia where I did a guided tour of the motorway through Stockholm (Did I blog this? I should have!).  And there’s even been a small conversation about resurrecting The Tuesday Chinwag which last saw the light of day five years ago.

It’s been a great year for voiceovers too. Lots of work for Online Voices as well as a few other companies in Stockholm and Östergötland.

Is that it? Maybe....
2018 also saw some brill trips to Hungary, the UK and a lovely family holiday to Crete. It’s also the year I got my flag from the mayor and became a Swedish citizen as the Brexit fiasco rumbles on in the UK.

So here’s to 2019. More of the same as well as more exciting things around the corner. Get fit, spend more time with the kids, be creative, have fun, cook and eat fine food, try to do more good than harm, and read more books.