The lift home and its dangers 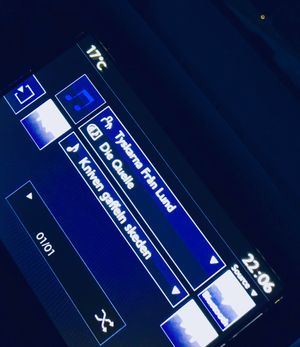 I wonder if there is any other job or even hobby which involves so much travel for so little actual ‘doing’. It's nearly always a hell of a long commute for a ridiculously short amount of actual work. I recognise that the job of standing up and telling jokes may seem daunting to many and even blood curdlingly frightening to a few but it's most often the journey to and from the gigs where you take your life in your own hands.

I've been lucky enough to travel a fair bit - Denmark, Estonia, Finland, the far north of Sweden. And the travel is rarely simple.

There's the natural dangers, like when driving back at night through a snowstorm with 90 mile an hour winds and snowdrifts half blocking the road.

There's the human dangers such as a gig in Finland that required me to prise myself onto the back seat of a car, squashed between two oversized and sweaty Finns. We hurtled through the night between Turku and Helsinki, the smell of stale body odour making the prospect of suddenly dying as car met pine tree seem almost enticing.

Frasses, the roadside cafe with the USP of everything they sell being deep fried, beige and tasting of oil soaked cardboard. Every bite makes your life a little bit shorter, which to be fair, if you are eating at Frasses regularly, the end would most likely be a welcome relief. Frasses.

I've been doing this for a few years now, but you can get complacent and on Sunday I let my guard down. I took a lift back with the students.

Students! I should be old enough and wise enough to know better by now.

It’s not so much the sight that meets you in the car when they have to clear the Fanta bottles and traffic signs off the seat for you to get in. It's not the prospect of having to contort and clench your body in order to become at one with the micro class car, knees bent up to your ear lobes, while trying not to obscure the wing mirrors.

It’s not even the fact that the driver has barely passed their test and not only has forgotten to turn the headlights on, but doesn’t know where the switch is for the lights and that while driving, rather than commit to a single lane, they dally in the middle of the road, stopping at junctions in the motorway to decide whether to pull off, much to the irritation of the Latvian juggernaut behind.

No! It is none of those things!

The thing that makes the trip back with the students is the whacky soundtrack on the self assembled playlist. You have to smile politely as they rattle through a selection of tunes that include hipster pop, Japanese black metal, kids tunes, ironic show tunes, non-ironic show tunes, brass ensemble covers of Goth classics, Goth covers of soul standards, electro pop covers of forgotten Irish folk tunes, Klezmer/Tibetan crossover, Reggae/panpipe remixes, TV themes sung in Bulgarian and worst of all, an unhealthy admiration and false nostalgia for the Spice Girls

I survived. But next time, I’m getting the train.