Vallastaden - The Future Is Now 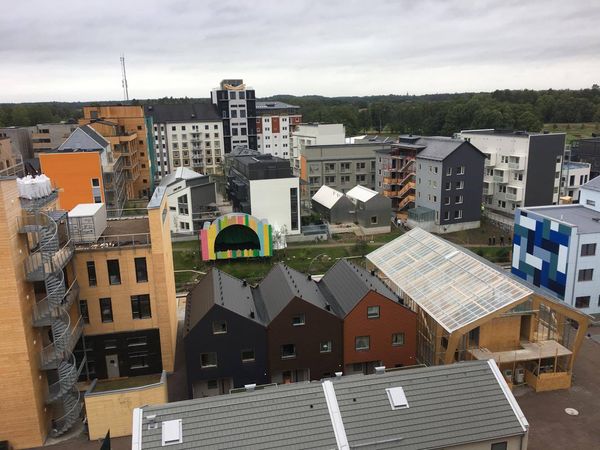 Yesterday, I made it to Vallastaden. The groundbreaking building project that aims to revolutionise town planning in Sweden and beyond. A whole new suburb, built from scratch, with only the imagination of the architects (plus budget and building regulations) to hold it back.

At the very end of the day, I found myself amongst academics from Uppsala University. We drank organic coffee from recycled paper cups in a cafe full of people with beards. We were having a cosy and respectfully, intellectual conversation under what looked like a giant mushroom lampshade. Some of us sat on stools, others on giant globe-shaped cushions where the designer had taken the concept of sitting, and then, completely rethought it, rejecting the straight lines, the constraints and traditions of the so-called 'chair' and instead come up with a kind of globe cushion thing that looked like giant football or perhaps The Death Star. The colour scheme in the cafe was inspired by literature - or, at least, the book Fifty Shades of Grey. 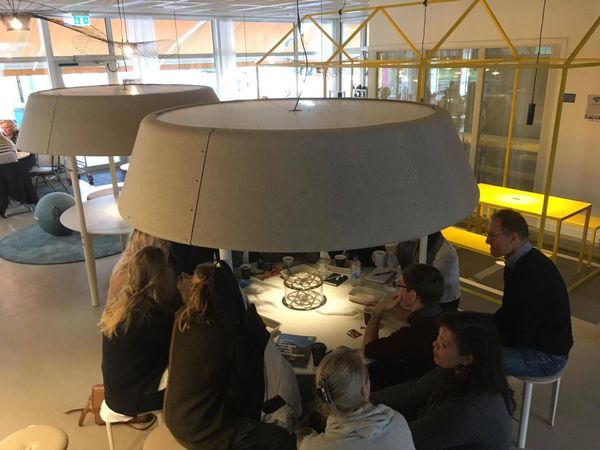 The general mood of the discussion was that it was all very interesting, but what kind of person would want to pay Stockholm prices to live in Linköping? And why did none of the flats have bookshelves? Typical academics. It's almost like they've never heard of flat screen tellies.

In general, I liked most things about Vallastaden. I think it'll be interesting once it's up and running and people live there. And when the weather is warmer. I mean, how am I supposed to enjoy architecture while freezing my nuts off in a light autumnal drizzle? To my untrained eye, most of the buildings there were very nice, apart from the ones that weren't. I realise that's not quite the 'wow' response that I was supposed to have, but I was cold and had been worn down by wandering round lots of flats.

Apparently, the real magic is in the Detaljplan. I was told this, and tried to nod with excitement, but even after being told what Detaljplan meant, a couple of times, I still didn't really understand what Detaljplan was. But anyway, if you like Detaljplans, the one at Vallastaden is really quite special. So I'm told.

The main thing about the expo was that you got to look at lots of flats and houses which were all variations of the traditional combination of walls, ceilings, and doors and all with furniture and things like that. It felt a bit like going on a marathon hunt to buy a new house, with friendly, but wholly untrustworthy estate agents waiting to greet you and tell you all about the advantages of having a swan-shaped bidet in the middle of your bedroom-cum-wine cellar.

Being Sweden, everybody was forced to either remove their shoes or pad around with blue bags on the feet which meant that most of the day was spent in a sort of minimalistic striptease for foot fetishists - A sexual foible that may be all the rage in the future, so who am I to judge? 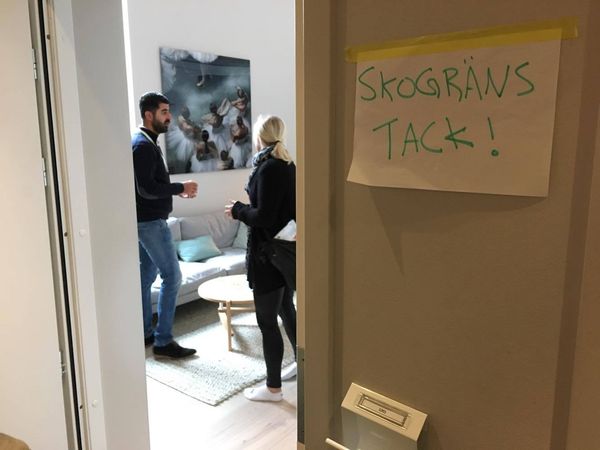 There were over 70 places to look at and although I didn't get to see them all, I did make a point of doing a wee wee in all of the toilets I could, and in one place I left a little present in the bowl, only to find out that the flush wasn't working. 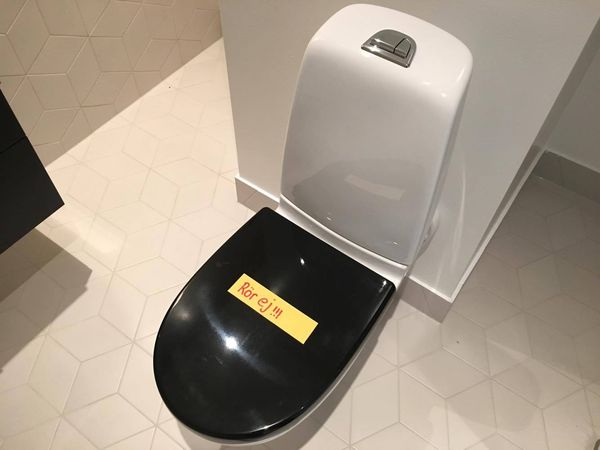 So what have I learnt? Apart from how wonderful the Detaljplan (must look that up) is, I've also had a pretty good insight into what an interior designer's wet dreams look like. Here are my tips to bluff your way in Interior design:

As I let my imagination run away, I pictured myself living there, the kind of guy who eats sunflower seeds and goes running; for pleasure rather than due to being late. The kind of guy who gets up early to watch the sunrise and who reads lifestyle magazines, flosses regularly, and who knows how to use iTunes. My reality is that of a man who feels the day has been a success if I leave the house with my shoelaces tied and my flies done up.

If anything was an indicator of why these houses were not for me, it was the place which had a room, slightly bigger than a cupboard. To plant an idea of what the room could be used for, the designer had placed a small mat with some meditation bells and a scented candle in the middle. Clearly the thinking is that if you have guests and they are not 100% sure whether or not you are a bit of a wanker, you show them this space and they are left with no doubt.

Part of the plan with Vallastaden is that it is a sustainable area and is largely car free. Obviously, this is great, and practical too, as most of the people who live there will probably be going to the University or Mjärdevi, which are both a stone's throw away. Although, to be honest, this environmental sensitivity will probably be offset by the environmental impact of all the Yak milk, Quinoa and handmade mahogany Buddha statuettes that will be imported to the area.

As our academic discussion at the hipster cafe was coming to an end, something happened that may be a metaphor for the whole Vallastaden project: An old lady, at another table, fell off one of the globe-shaped cushions and ended up flat on her back. I sneered at her as she struggled to get up: "There's someone who doesn't know a fantastic Detaljplan when they see one", I thought.

I leaned back and admired the design of the seat and how amazing it looked as it rolled into a buggy, waking up the tot that was sleeping there. The Future is Now.