I've been in a play, daaar-ling! 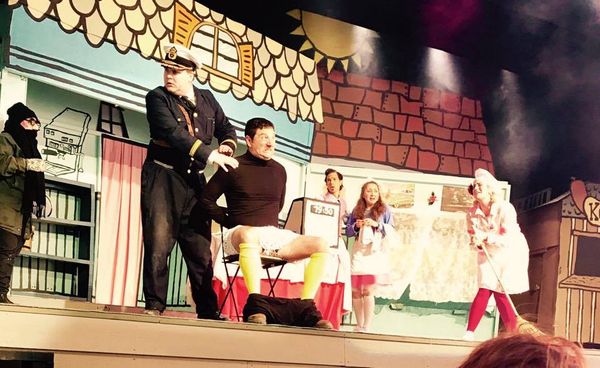 I've just finished a run at the theatre. Or as we used to say at school in Birmingham: "I done a play". Yes, an actual play with costumes and lights and make up and music and a live audience.

When I told my actor friend Anja that I was going to be in a play, she fired a load of questions at me: "Like, a play? Like, at a theatre? Like, acting?" She can be forgiven, as she is a member of the Ung Scen Öst ensemble who generally deal with theatrical productions that can be likened to traditional theatre, but strive to break from the normative expectations associated with the genre. (If that sounds pretentious, it's supposed to be, but their productions are actually quite good).

My reply to her was defiant! "No, Anja! Not 'like' a play! An actual play! Not 'like' a theatre! An actual theatre!"  I didn't dispute her description of what I'd be doing in the play as 'like' acting, as I didn't want to sink to her level of personal attack ... ... and inside, I was crying a little bit.

Over the last few years, I've done loads of stand up comedy, loads of voiceover work for all sorts of genres, and a fair bit of film from corporate to advertising to sillier things like this. But I haven't been in a real play since the early 2000s when I played several characters in 'A Stroke Of Midnight' including a Dapper Tramp, a sleep deprived Russian called Sergei and a crazed professor who had accidentally crossed his son with a bee which in turn led to the demise of humanity.  Serious stuff.

Since I moved to Sweden, I've been secretly hoping that the phone would ring and the local theatre would say something along the lines of 'Our Hamlet has fallen ill, we need a replacement onstage in 20 minutes. What size tights do you take?' ... But this has never happened. Until this spring, when I got the call from Håkan Bäck, local theatre impressario (minus the Rolls Royce, cigar and gold rings) asking if I'd like to play the part of Steve Marsaan in Lasse och Maja's Cafémysteriet.

After searching the leatherbound tomes of the belles lettres of Swedish literature without joy, I finally asked a member of staff to help me and they pointed me to the kids section of the library. I devoured the book in a matter of minutes, which if anything is a tribute to my Swedish skills and not because the book is aimed at 4-7 year olds. Yes. I could do this, I could become a living, breathing, speaking, singing and dancing Steve Marsaan!

And now 6 months later the play is done and dusted. New friendships made, with a talented cast of young and old. Audiences entertained in rain and shine. And yesterday it was time to pack up my purple velvet suit and yellow socks for the last time, perhaps never to play the part of a tax dodging, café owner who is sent to prison for the crime of the love that dare not speak its name... and armed robbery of his own business. (Apologies for the spoilers)

So, thank you daaar-lings! ...  And if your Hamlet drops out with 20 minutes to spare, I'm waiting for your call - Just be prepared that The Dane will be portrayed with yellow socks and a purple velvet suit. 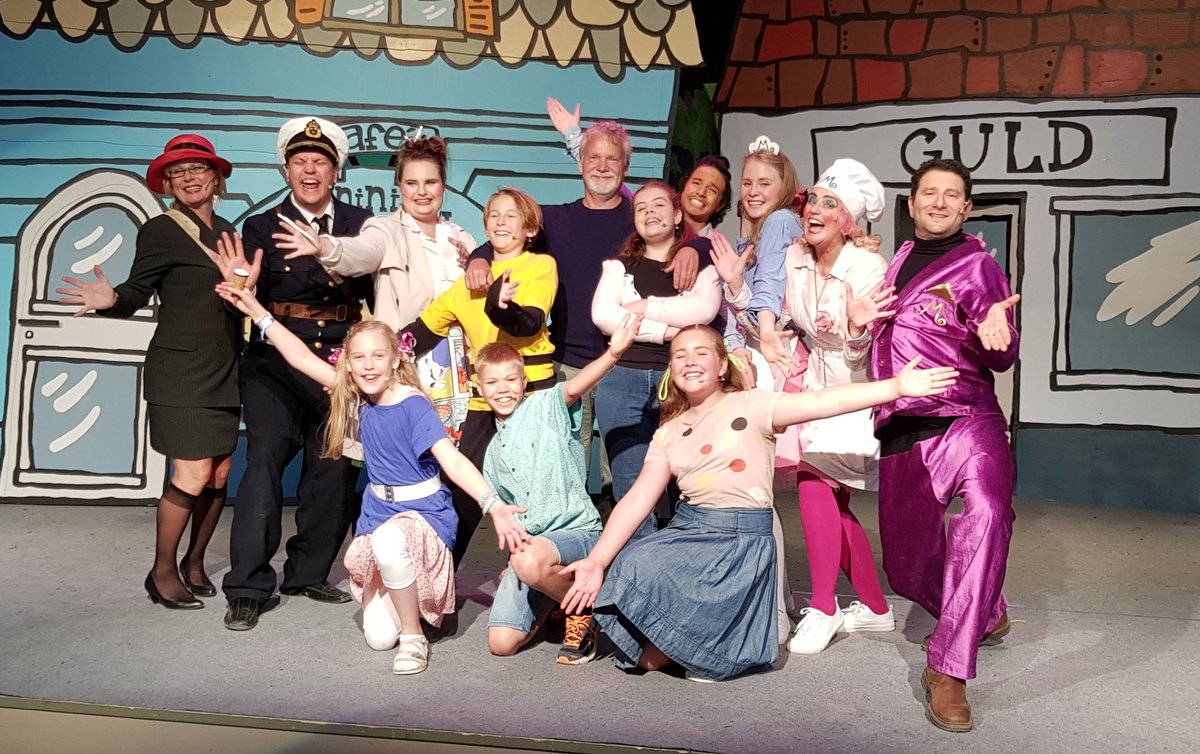